ST Hotels – the trendsetter in the hotel industry Malta 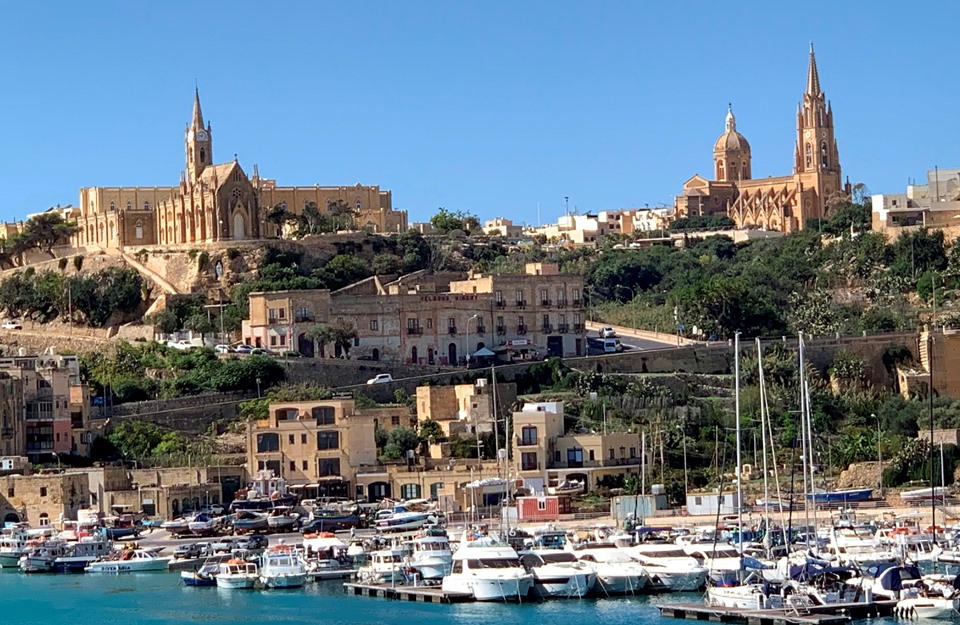 Malta is one of the most sought-after vacation islands. Visitors are impressed by the architecture of the region, the island feeling and the sea right on their doorstep. Malta convinces with a fascinating nature and a colorful and lively underwater world, which invites to dive. The town of Msida, a harbor town in the northeast of the island, stands out. The smartphone camera becomes the most popular object for every visitor at the latest when the sun has set. Then Msida shines in a particularly soft light.

Astrid Arens (Voice Aid President) was able to see this impressive atmosphere for herself. In August 2021, she was a guest in Msida and visited the AKILA finals together with Regino Hawich (Voice Aid founding member). During her moving stay, the Voice Aid president was able to get an impression of the ST Hotel, a trendsetter in the hotel industry.

ST Group – one of the largest hotel groups in Malta

ST Group has been in the tourism industry since 1978, and at the beginning operated 32 guesthouses in Msida as a family business. In 1988, the group invested in a new property, the Hotel Petit Paradis, adding 20 rooms with an à la carte restaurant on the seafront of Gzira. Perfect conditions for all travelers who want to experience the beauty of the island. A few years later, the hotel expanded by another 51 rooms, going from a smaller inn to a larger business enterprise.

In 2005, after a renovation and an additional extension, the Hotel Petit Paradis was renamed and since then it has been called “Hotel Bayview”. With best location in Malöta established the hotel with three stars.

Over the years, the Group acquired, developed and managed a number of self-catering units in the Gzira-Sliema region. In 2017, ST Group took over the management of Sliema Hotel, a 3-star hotel in the heart of Sliema. Two years later, ST Azur Group opened a 177-room annex next to the Bayview Hotel. During the pandemic, the Bayview Hotel received a facelift to offer a high quality product offering in the 3-star hotel market.

Today, ST Hotels is a trendsetter in budget hotel accommodation in a stronghold of the tourist industry. With a mix of hotel rooms and self-catering units ranging from studios to 3-bedroom apartments, the hotel strives to meet every need.

Sustainability as a business model

The island of Malta impresses visitors because of its direct connection to the sea. If you want to see beautiful sandy beaches and a lively underwater world, Malta is the place to be. Like many other regions on our planet, Malta is struggling with the consequences of plastic consumption. More and more plastic debris is washing up on the island’s beaches and numerous underwater creatures face the danger every day. To stop this trend, the ST Hotel, among others, is striving to be sustainable in its everyday business.

On this subject, the hotel expresses itself with this comment:

Sustainability is a concept that must be implemented in all processes, as we not only help the environment, but also believe that it pays off in the long term at the business level. Less consumption, recycling and reuse save on operating costs. With such a large operation, we can benefit from numerous effects that will optimize and utilize resources in the best possible way. Improving efficiency will reduce the impact on the environment. As one of the largest hotel chains on the island, we believe we have enough of a role model to set an example for other hotels in Malta. So far, our efforts have mainly focused on the operation of the hotel itself, trying to implement sustainable practices. In addition, as a role model, we try to encourage our guests to pay more attention to sustainability.

I think that of course we can ensure that our guests’ environment is preserved as best as possible to protect our home. In addition, I believe that our guests are also encouraged by our efforts to behave in a sustainable manner themselves. (Interview Maria Vella, ST Hotel)

The road to Voice Aid – for the protection of our planet

To protect our planet and keep it from collapsing, the cohesion of business and organizations like the Voice Aid Association is especially important. Only together can the development of the planet be stopped and reversed. The efforts of the ST Hotel in Malta are part of this. The hotel speaks out on this issue with a special vision:

Tourism is considered an industry that has a significant environmental footprint, so our main goal is to reduce this as much as possible. In addition to sustainable operating practices, we encourage our guests to follow this approach during their stay – to pass on the message that the environment is a resource that must be protected for our interest and that of future generations.

The non-profit organization Voice Aid is in the process of integrating ambassadors for good causes into its team and working with them. Can you imagine being part of this community for more humanity and for the protection of planet Earth and why?

Certainly our commitment to the environment is a reason to join such an organization – being able to contribute to such a cause would solidify our standing as ST Hotels. Through an international organization, we would have the opportunity to learn from each other and contribute as best we can. I wouldn’t say that there would be anything specific that we would be interested in, because in the end we understand that all actions are well needed and ultimately make a difference.

The ST Group, with its numerous hotels in Malta, is a showcase company that wants to increase its commitment to more humanity and sustainability. A step that many business enterprises may continue to internalize. Our survival depends on the well-being of the planet and we should join forces to achieve this goal. With this statement, the hotel and its employees set an example for more lived sustainability in the hotel industry.