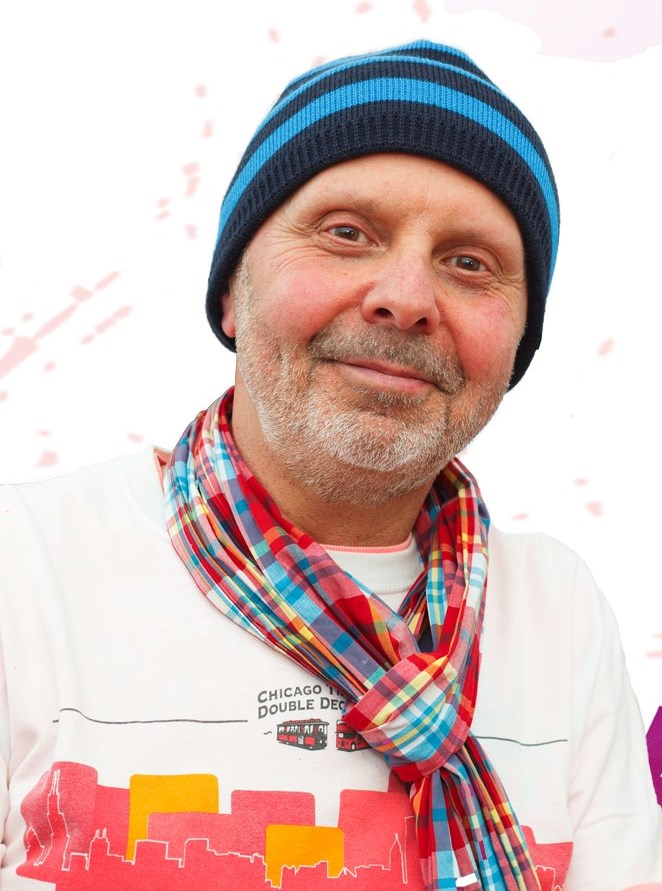 Our society today likes to define success through more sales, higher earnings and cost reduction. Flexibility, 24h accessibility and the company always in the first place, these are concepts that are mandatory in the financial sector. People as the most important resource in the economy often fall by the wayside, as well as emotions and intensive employee loyalty, which is rather rare in the German management floors.

Stuart Truppner (61) has moved millions, even billions back and forth in his heyday. Deutsche Bank entrusted him with the global equities department. Fidelity Investments, with whom he has worked for 15 years, describes him as the company’s foreign minister, as he has only been in the office 2-3 days a year. After that he founded his own consulting company – permanently successful – which he sold on with 444 employees to a global consulting company just 3.5 years later.

Today Truppner is “Privatier Light”, as he likes to call himself. In addition to a few very exclusive coaching sessions, he likes to give lectures, look after 5 start-up companies free of charge and indulges in his passion to support children in need with Stuart4Kids to add highlights to their lives. 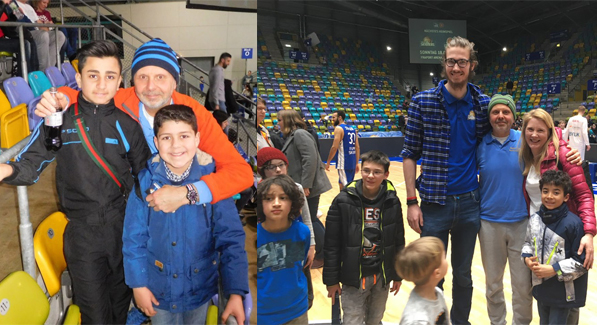 When asked what makes people and companies successful today, Stuart Truppner answers quickly and without hesitation: “With honesty, humanity, respect and verve to success”. For him, it is a combination of trust, transparency, acceptance and perseverance that makes both companies and individuals successful.

When asked what he understands by success, he smiles, pauses for a moment, his typical bright eyes appear and answers with a light, very charming American accent: “For me, success means helping people to give something back”. Just as he experienced it in his early years in Brooklyn, today he wants to do good and give it back in his very own way. Besides making children smile, Truppner loves basketball, which still accompanies him today. Stuart4Kids invites children to basketball games, adventure afternoons and learning days in companies. 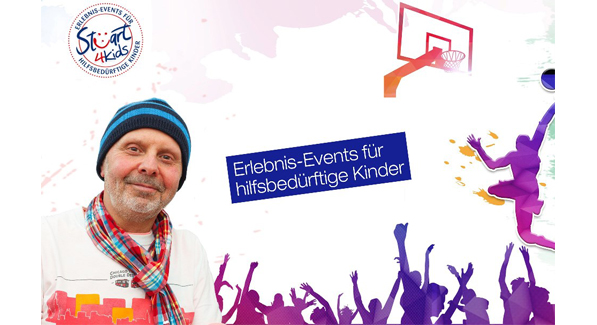 It all started with the financial support of the Til Schweiger Foundation, a close friend and companion. However, he quickly realized that it makes a big difference to him whether he “only” directs a sum of money at the push of a button, or whether he takes the whole thing in his own hands and is personally on the front line with the children. This is where he finds his fulfilment. Moreover, he is one of the few to pay for all charity activities out of his own pocket.

Meanwhile he has large, sustainably working, firm partners. The Arche, Caritas, the Protestant Church in Frankfurt and Stuart4Kids work closely together when it comes to the welfare of the children. In addition to children’s events such as basketball and football matches, learning days in companies will be included in the programme from 1 July 2018. They will take place in the area of Frankfurt. For example, a German bank has already agreed to give 70 kids the opportunity to get to know various in-house departments. In language suitable for children, for example, they are explained how banking transactions are conducted or what an equity fund is. Institutions such as the police, the theatre, the zoo, to name but a few, will follow. 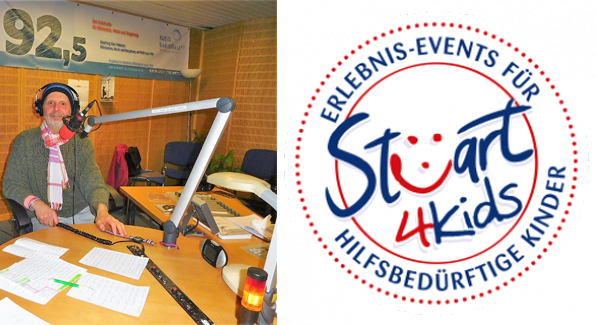 When asked about his vision with Stuart4Kids, Stuart Truppner says: “I give back what I had as a child. I want to make a difference. The Germans donate a lot of money to Africa, South America…, but I wish that a little more will stay in Germany. There are also many, many people here who may need support.”

What motivates Truppner to this engagement and where does he come from?

With his 3 siblings, Truppner grew up in Brooklyn Ghetto, New York. His father died very young in a plane crash, which changed his life completely. His mother gave everything to support and feed the family. She often worked at night so she could be there for her kids during the day. According to Truppner, “he grew up very lovingly”. However, it was a constant challenge to always have enough food for the family.

Basketball has been with him since he was 4 years old. He was always the smallest in the team and remained true to his position as a pacemaker or playmaker until the end of his career. He set the strategy for the game early on and from then on he trained daily for 4-7 hours. His special secret was that he could play all moves or ball grips with his right and left hand. So he was always good for a surprise and very difficult, if any, to estimate for his opponents.

He was small, highly flexible, unpredictable with the will and bite to succeed. At the age of 18 he changed from amateur to professional league to the New York Knicks. He only managed all this because the ordinary people were always at his side, supporting and building him up.

He still remembers two of his mother’s sentences today. One she said before each of his games: “Make me even prouder of you. I love you very much. Slap the “fucking” guys.” The second one she said when it came to motivating him: “God has given you a head – use it and make something beautiful out of your life”.

Grown up on the street, without studies, but equipped with the bite of a successful sportsman, he applied at the LeRoy Deutsche Bank in New York on recommendation of a friend. They loved professional athletes and gave him a chance. After two years, he became head of the stock department.

Do The Right Thing Dude

Find out more at: https://www.stuart4kids.de/

Previous PostGerman Grand Polo Tour 2018 – the game of kings – Germany in polo fever Next PostA new trendy hot spot in Frankfurt – The BEEF! – a must-have for all barbecue lovers