In: Events
A touch of Hollywood 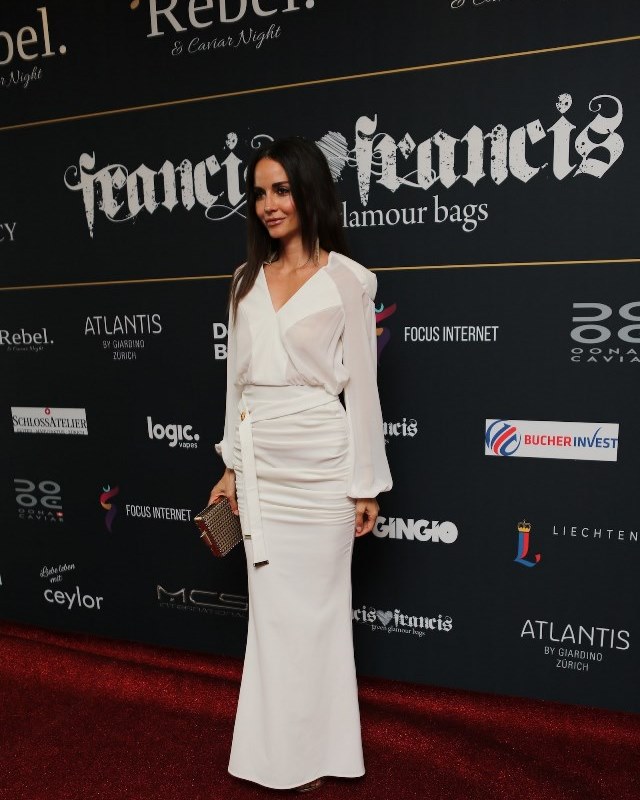 When he calls, everyone comes: On Friday, August 9th, Al Walser let his «Rebel & Caviar» party rise for the fourth time at the Hotel Atlantis in Zurich. The guests: bankers, CEO’s, the show scene, athletes, influencers and nobility. Everyone is somehow simply beautiful. The occasion? None at all. And that’s exactly the point.

«Rebel & Caviar is an afterparty – just without the party before, or the dessert that becomes the main course», says Al Walser. Exactly this is the trick of the successful event series of the music producer, party organizer and gifted networker. «On most occasions you have to endure something, e.g. endless speeches or honours. The afterparty is really fun. That’s why we skip the «must have” program and celebrate elegantly and casually», explains Walser.

Partying and Chilling
But even «Rebel & Caviar» doesn’t go on stage without any honour. Soccer star Xherdan Shaqiri receives the «Living Legend Award» for his outstanding achievements on the international football pitch. «I feel very honoured and try to live up to my role model function for young people from Switzerland,» Shaqiri says to the guests in a message of greeting from his current home in Liverpool.

Shaqiri is the second to receive the trophy this year. CNN icon Larry King got it from Al Walser in February during the Grammy weekend. The guests are enthusiastic about Shaqiri: «What he has achieved is impressive», says contortionist Nina Burri. «It’s really cool here. Just partying and chilling, without all the speeches. That’s exactly my thing», says top model Manuela Frey, who just did the second season of «Switzerlands Next Topmodel». Ex ski racer Brigitte Oertli is also thrilled: «The people, the food, the atmosphere – it’s incredible what Al Walser can do!»

Switzerland is a party nation after all
And what does the doer mean at the end of his afterparty, which isn’t actually an afterparty? «I am extremely satisfied», says Al Walser. And: «Maybe we are a bit different, like a UFO that lands and then flies away again, until next year. The Swiss know exactly how to party! I’m looking forward to next year.» With that he probably speaks from the soul of one or the other guest. Walser flies back to Los Angeles right after the Liechtenstein Princely Festival. The Principality is celebrating its 300th birthday this year. On this occasion, Liechtenstein Marketing, represented by Managing Director Michelle Kranz, was also a guest.

About Al Walser:
Born in Lausanne and the first mixed racial citizen of the «Ländle», the Swiss-Liechtensteiner Alexander «Al» Walser has transformed himself from a radio presenter to an internationally relevant musician. As frontman of the German pop sensation «Fun Factory» he celebrated successes in the nineties. More and more he wrote and produced songs for others, among others with pop-titan Dieter Bohlen or Michael-Jackson-brother Jermaine. In 2012 he was nominated for a Grammy – the most important music award in the world – in the category «Best Dance». The US press then called him «Robin Hood of the music scene» because he was the first independent artist (without a big record company behind him) to be nominated in a big category. In 2017 his production won the Grammy as producer of the album «Presidential Suite» by saxophonist Ted Nash. In 2013 he launched the event series «The Soirée» in his adopted home Los Angeles on the weekend of the Grammy Awards. The following year, the European counterpart «Rebel & Caviar» took place for the first time in its home town of Vaduz. One year later, the event moved to Zurich. Since then it has been regarded as THE happening in the run-up to the legendary Street Parade. By the way: «Rebel» is not an allusion to Al Walser’s rebellious side, but a very tasty, typical Liechtenstein dish made from maize flour. Walser can also be seen almost weekly on German TV stations, which accompany his productions in Hollywood.

–> To the portrait of Al Walser